Online Violence an Obstacle to Women’s Empowerment in Sierra Leone 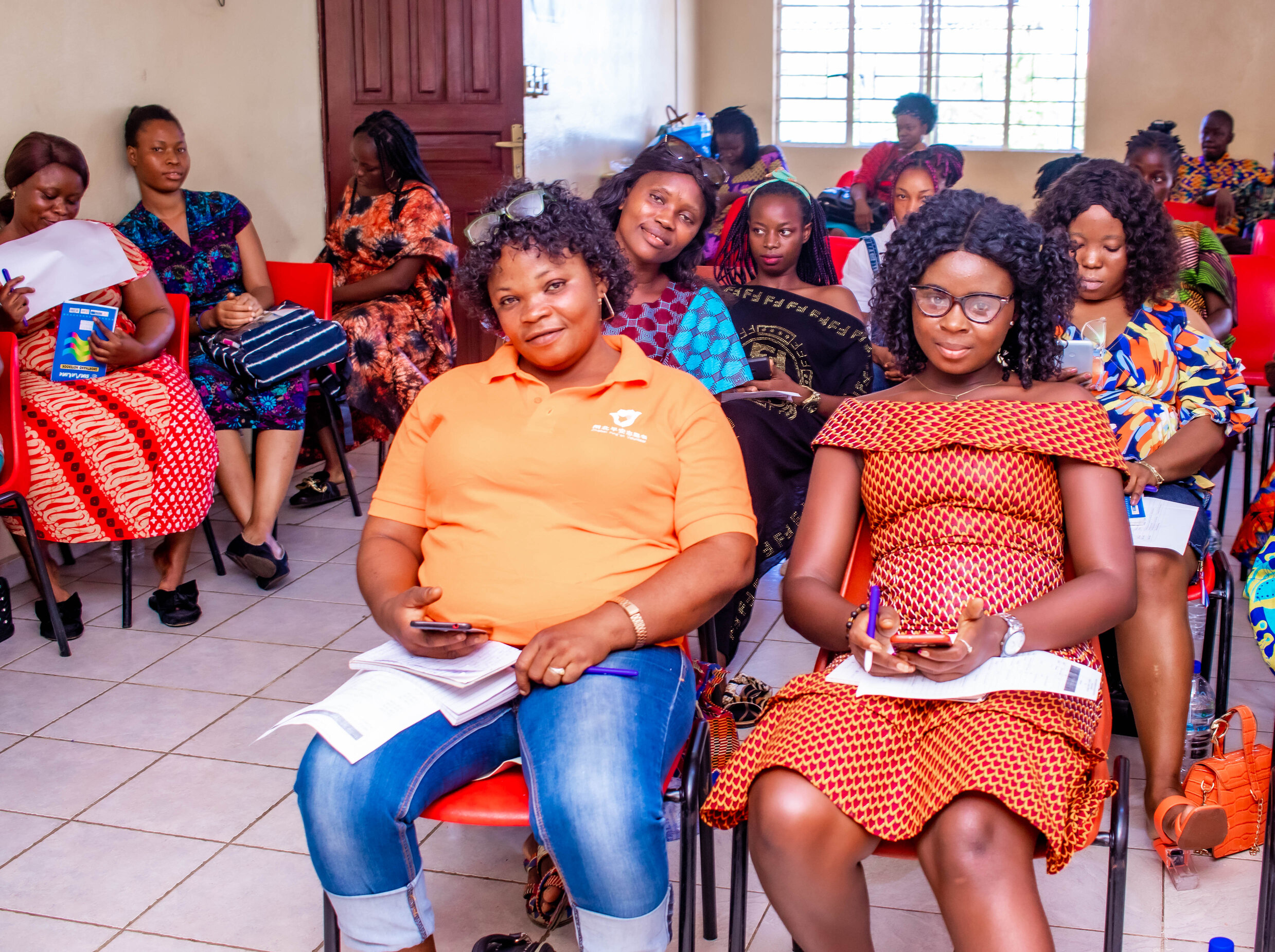 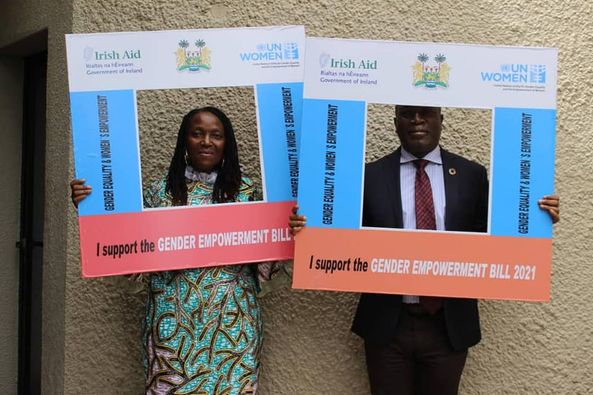 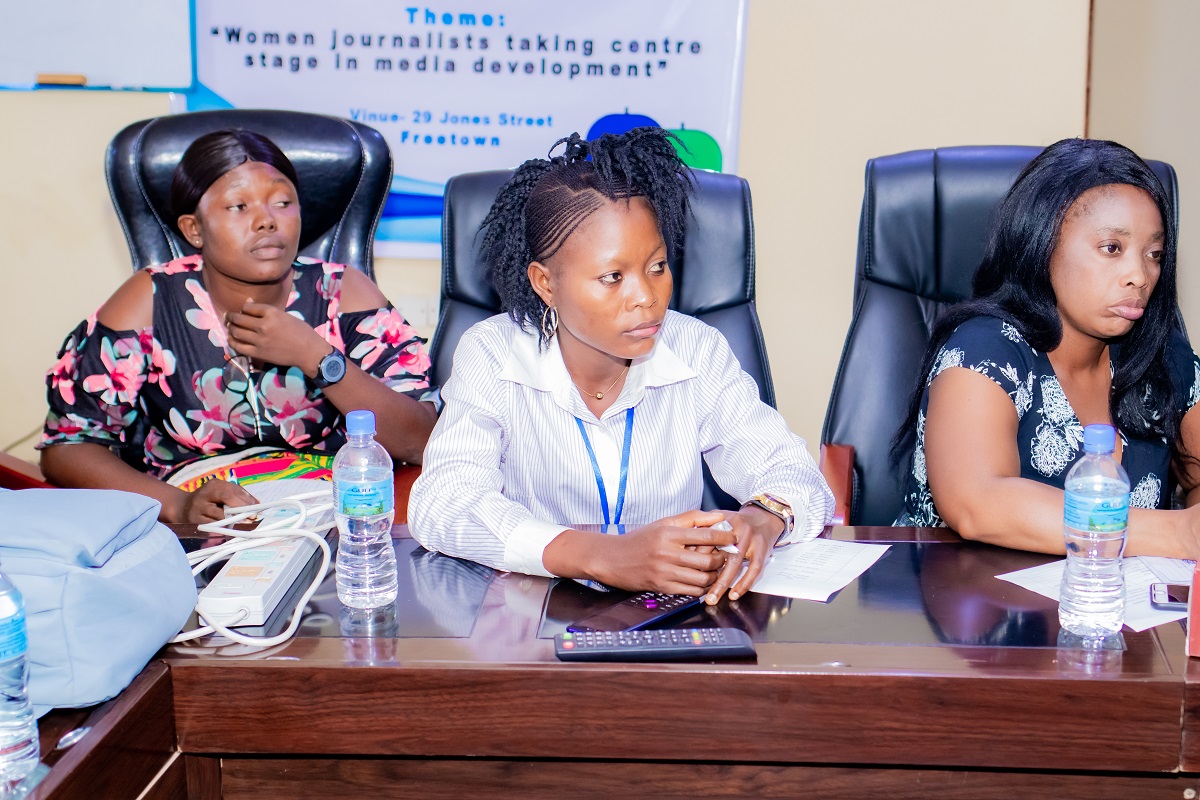 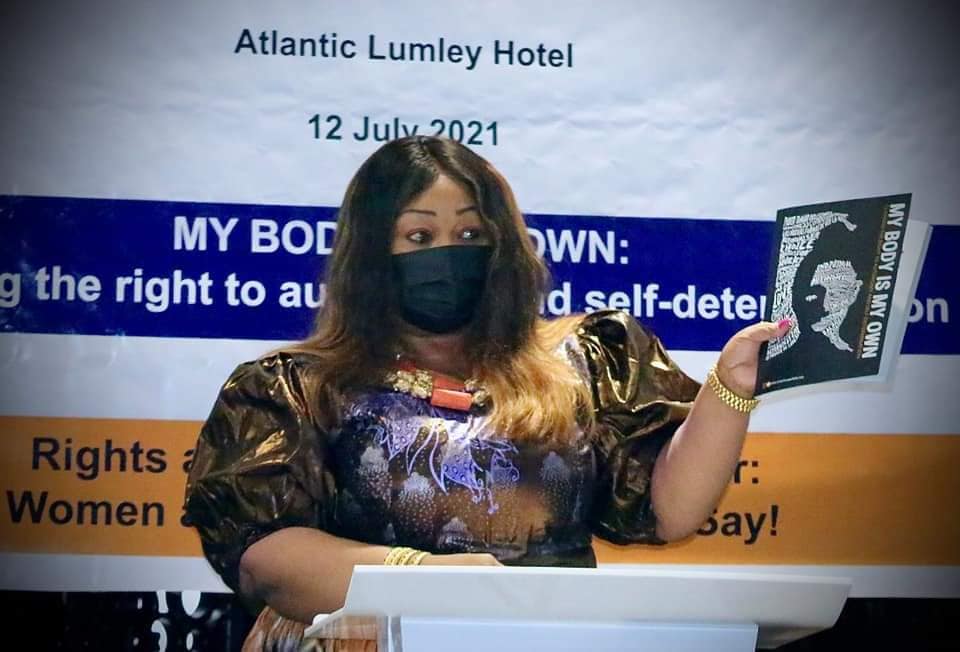 We Celebrated IWD with Women in Kabala 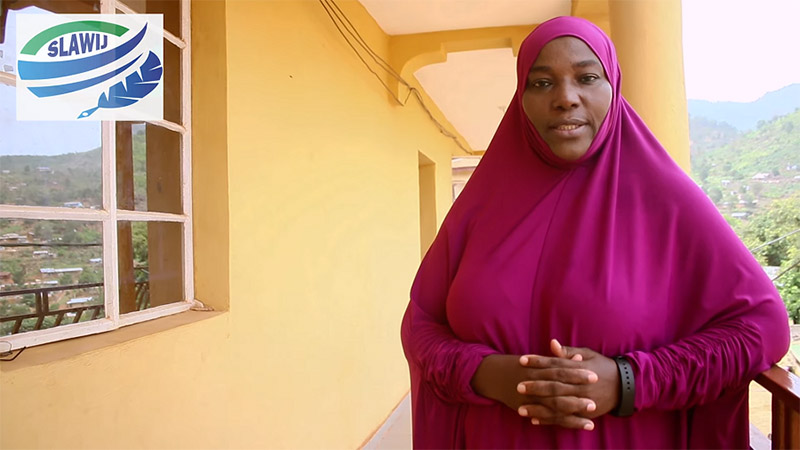 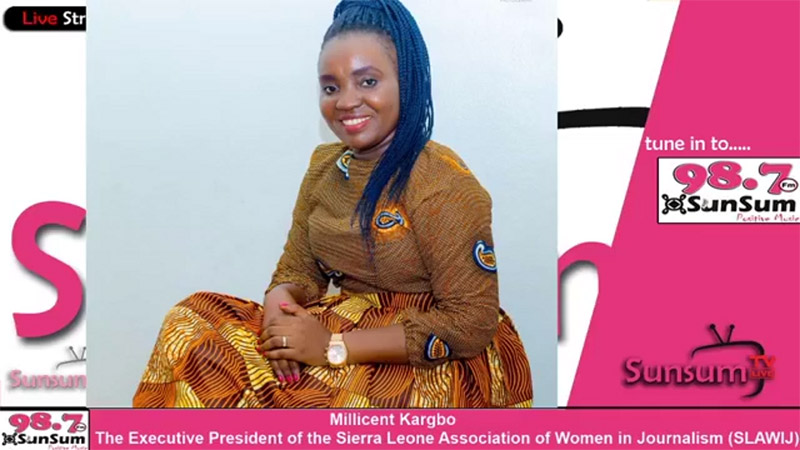 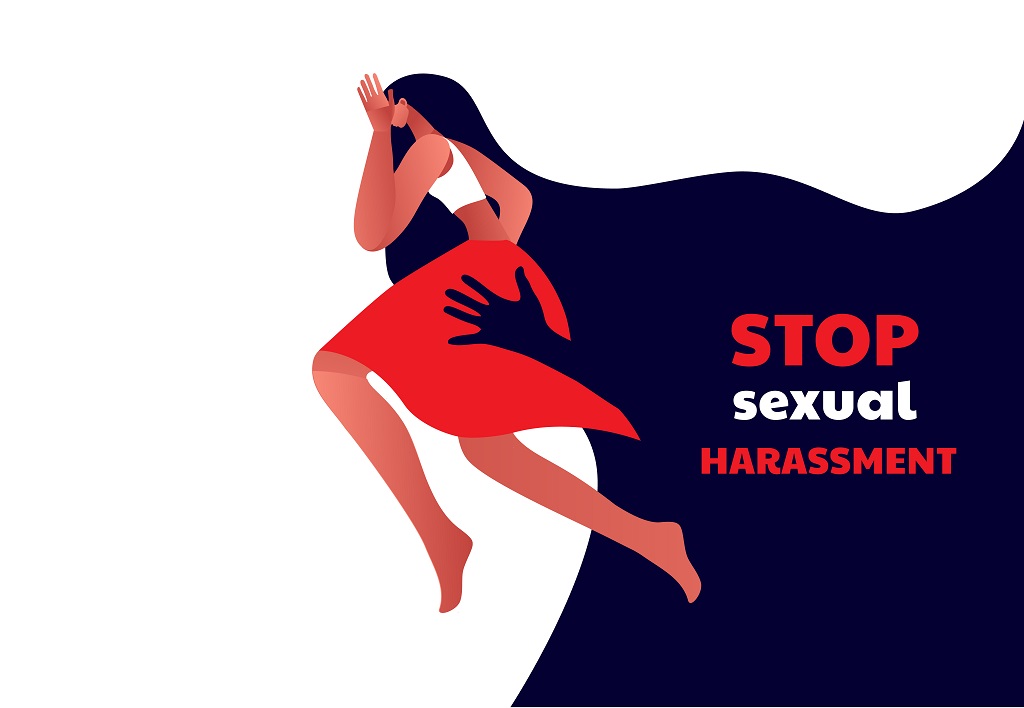 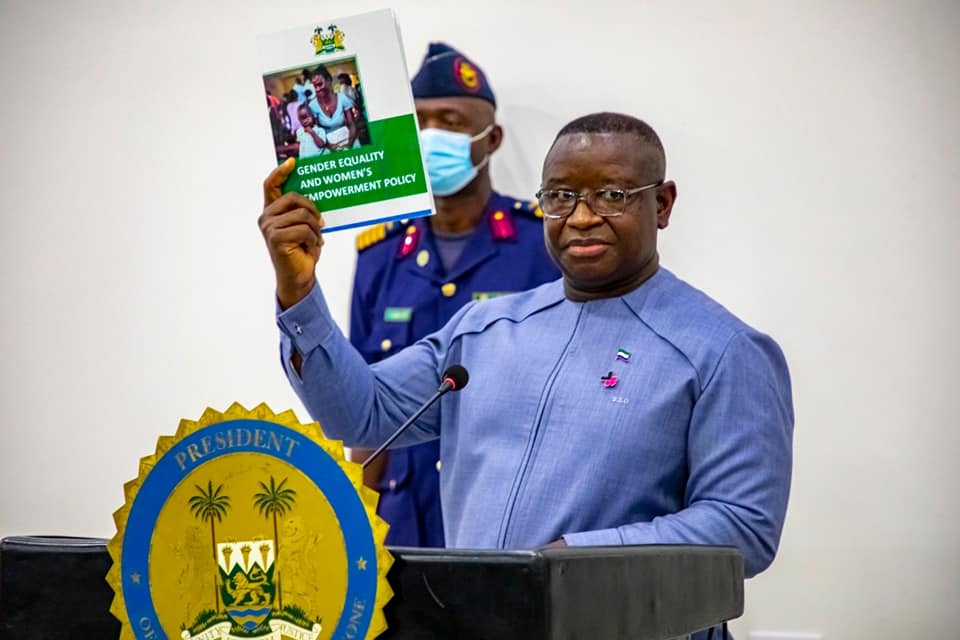 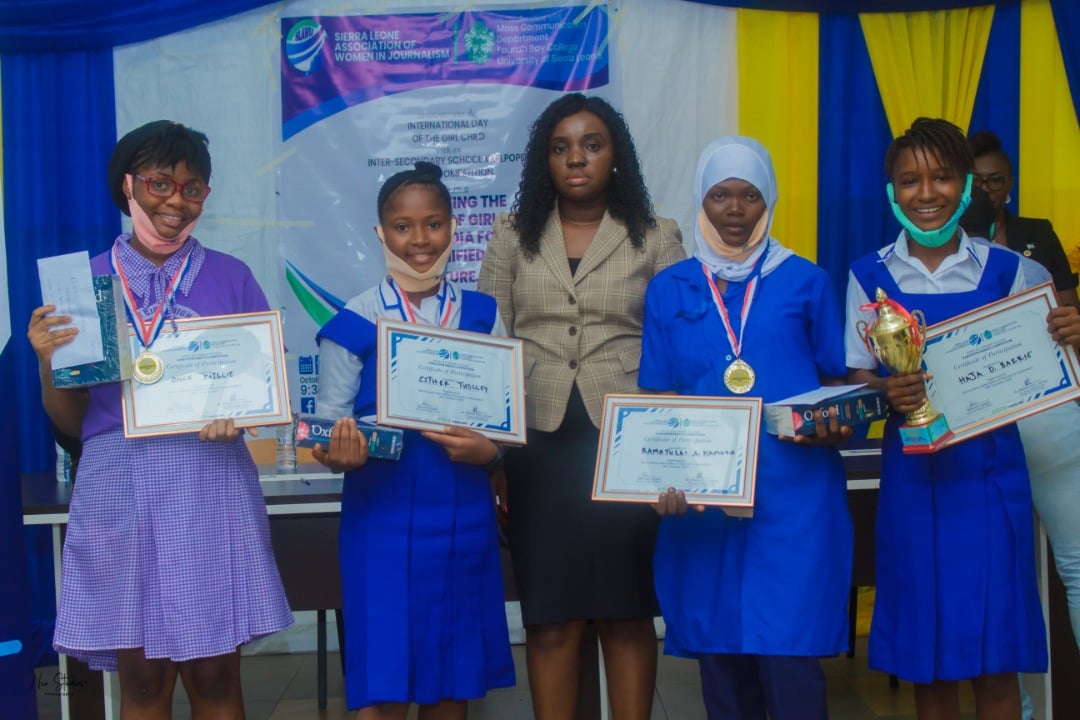 An End to Gender Based Violence 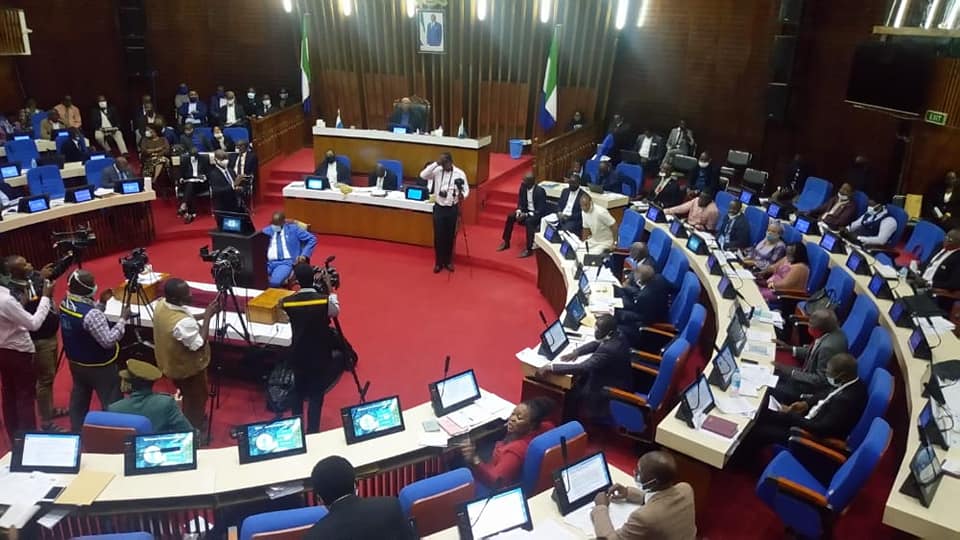 What a day in history?

Capacity building of female journalists through formal education is key to bridge gender gap in the media a profession that is hugely male dominated in Sierra Leone.

The Mama En Pikin Wellbodi project provides information to particularly women who are primary caregivers to manage themselves and families to reduce the spread and minimize death from the corona virus.

Teenage pregnancy remains a huge challenge in a developing country like Sierra Leone. The Girls Mentorship initiative is geared towards working with girls to a successful future. 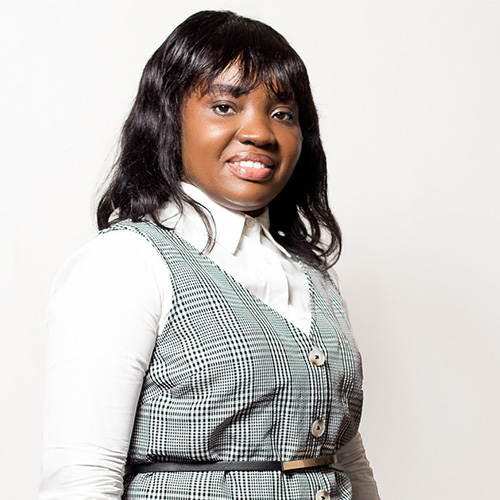 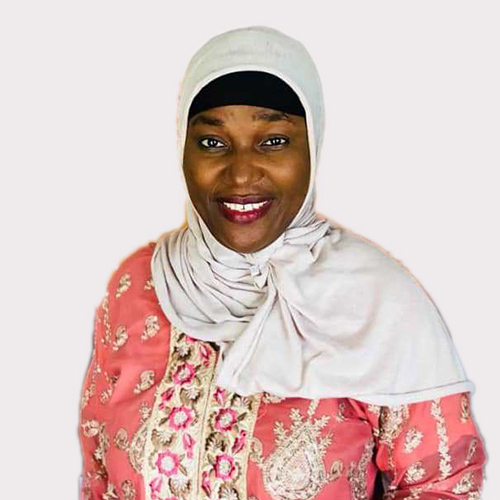 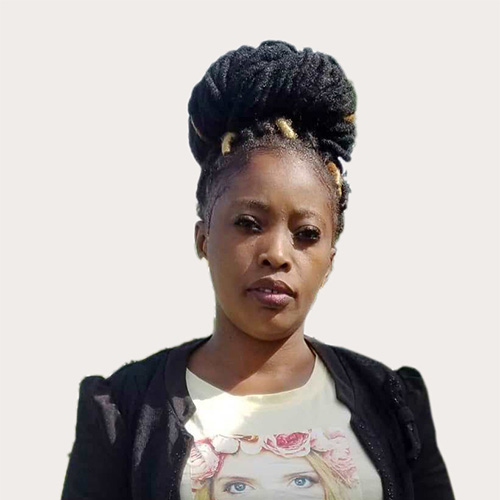 As a female media right based organization, we are passionate about empowerment of women across all sectors and regions in Sierra Leone through information sharing and providing a platform for engagement.

Millicent Kargbo is the co-founder and first president of the Association. A strong advocate for professional growth of female journalists, better working conditions, education and leadership positions within the media. She is very passionate about gender mainstreaming and women’s empowerment across all levels. She holds a Master’s degree in Public Administration and a Bachelor’s degree in Mass Communication from the University of Sierra Leone. She works with the Human Rights Commission of Sierra Leone as Principal Public Information Officer.

In 2021, she was the senior producer at the Independent Radio Network—a bloc of 26 radio stations in Sierra Leone. Millicent was one of many Sierra Leoneans that were hired and trained by Fondation Hirondelle’sCotton Tree News (CTN) project where she eventually rose to the position of Features Editor and Deputy Senior Producer—the first female to hold a senior role in the newsroom.

Aminata Finda Massaquoi a media guru and social commentator. She started this amazing journey in 2009 as a reporter, went on to be a presenter, producer and is now the Station Manager of Culture Radio. She is one among few female journalists who head media houses in Sierra Leone. Her journey has not been smooth as one would imagine, but she’s a strong woman and was able to surmount her challenges.

Today, she serves as a vibrant voice to women’s issues within and out of the media. She has received several trainings in the media both nationally and internationally.

Mariama Khai Fornah has over 10 years’ experience in Radio Journalism, gender activism and mentorship. She has worked as broadcast journalist for Eastern Radio in Kenema and Cotton Tree News (CTN). She served as a Local Trainer South-East of Sierra Leone providing trainings on basic journalism and mentorship for BBC Media Action and served as Program manager for several projects including the Cacao Livelihoods Project, the Queen’s Younger Leaders Project and Leave No Girl Behind Project for the organisation.

The first African female journalist to report on the Charles Taylor Trial from The Hague, Netherlands, an assistant producer for a weekly show on the Charles Taylor’s project called ‘HAGUE LINK’’. She has served as a communication consultant for World Bank in Sierra Leone and other organisations and is the Board Chair for Media Matters for Women Sierra Leone. (MMW-SL). She has won several awards including the Independent Media Commission Award for journalist of the year, 2011, Best Female Reporter in Sierra Leone.

Zainab Kanu is a well-respected and experienced journalist in Sierra Leone. She ventured in the print media landscape a mostly male dominated territory and has worked her way through to become a strong reporter.

She is a female activist, a development media promoter and very passionate about equality in the media landscape of Sierra Leone and other African countries. She has attended many Media trainings and mentored other female journalists in the newsroom.

Mariama Coker started as a cub reporter and rose through the ranks to become top of her class in print media in Sierra Leone. She worked for the media houses like Sierra Leone Daily Mail, Expo Times Newspaper, News Storm, Salone Times, Stringer for KISS 104 in Bo, Skyy Radio in Freetown. Her commitment to duty got her appointed as a Press Attache’ to the Mano River Union Countries to serve her country in a diplomatic capacity. She served for ten (10) years promoting her country before she returned.

She has held various positions within media organizations in Sierra Leone and was awarded the Lifetime Achievement Awards by the Sierra Leone Association of Journalists in 2019. In what now seems like a retirement of a seasoned female journalist, Mariama Coker is now a Freelancer and mentoring young female journalists to make impact in the field of journalism.

Haja Mariama Sesay is a celebrated female media personality whose journalism journey started over 15 years ago learning on the job with a strong passion for news and current affairs.  Her contribution to the growth of women in the media landscape is enormous.

Having started as a reporter at Citizen Radio in 2005, her journalistic passion took her to the hills of Fourah Bay College Mass Communication Department where she secured her Associate Degree in Mass Communication. She is currently a Producer at BBC Media Action in Sierra Leone, where her decade long experience in the institution has been transformative.